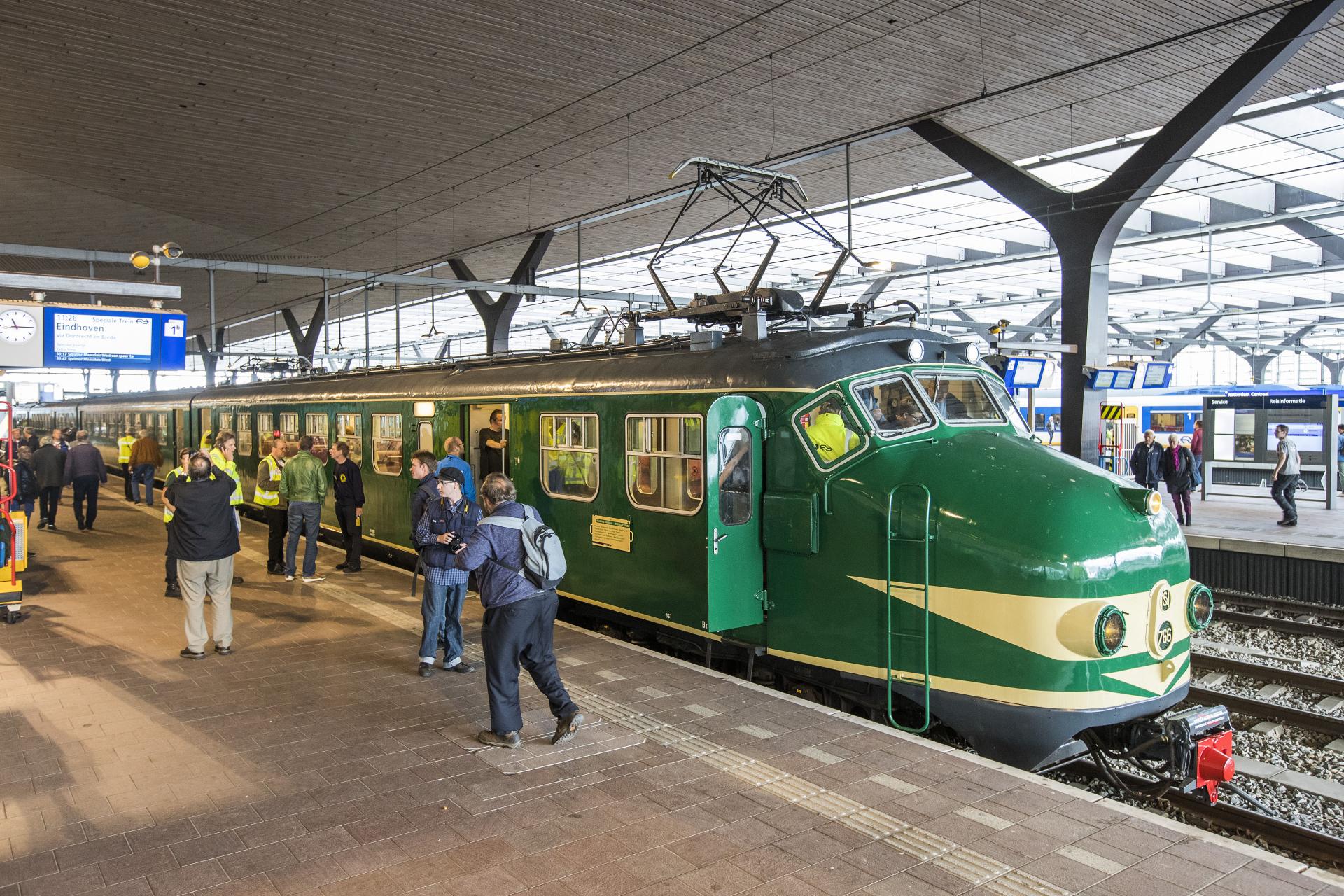 The electrical multiple units of the so-called dog’s nose type constituted for many years the backbone of the fast train service on the main lines in The Netherlands. The Stichting Hondekop owns the multiple unit 766, built in 1960. This train is in running order again and is used for running specials (2x per year in spring and autumn; see website for announcements) and is available for hiring. Furthermore, the only remaining 'Benelux-Hondekop' was acquired in 2015 by the Stichting Hondekop. This train will also be brought back to running condition.